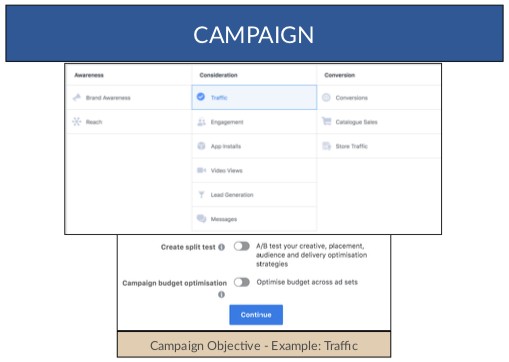 At the start of this month, Facebook was supposed to shift all advertising campaigns over to campaign budget optimisation (CBO). If you currently advertise on Facebook, you will be affected by this change but as far as we know, the changeover has been pushed to November with a final date of February 2020.

We’ve been testing Campaign Budget Optimisation since the middle of the year and have a few findings to share.

When CBO is activated in Ads Manager, Facebook automatically shifts ad budget to whichever ad set in a campaign is most effective. You get to control the definition of what ‘effective’ means by specifying a goal for each campaign.

Tip: NEVER use video against other asset formats in CBO if you’re not running a video views campaign. It seems to bully the other ads and feed the budget into the video.

Early reports did emerge of CBO not working as well as human-managed campaigns. However, the algorithm has developed since it first launched but there is still definitely room for more learning. Nevertheless, you will get a better return on ad spend (ROAS) – why? Your campaigns as a whole will be more effective because Facebook is optimising the best campaigns for the goal you’ve set.

We’ve found that if a campaign is set up properly and the bids are high enough, CBO will generally obtain better results than a human can but bear in mind I said “if the bids are high enough” as it seems you will need a budget increase. You will still be able to control spending (to an extent) with ad set spend limits. If you set a minimum spend for an ad set, Facebook will dutifully spend at least that amount but will not go over any maximum limit you set.

Give CBO time to work. The algorithm needs about 50 conversions per ad set, per week, before it accrues enough data to ramp up your campaigns. And speaking of ramping up campaigns, if you want to scale your campaigns, CBO is extremely effective. Especially if you keep feeding it new, high-quality audiences.

On the topic of audiences, play close attention to them. We have found that CBO works best for split testing audiences and placement but at one category at a time. If you’re creating a funnel, we have found that anything more than two ad sets isn’t as effective. The reason being, the top performing ad set will syphon all the budget and this can have a big effect on your overall funnel results. So, best practice seems to be separating each level of your funnel into separate campaigns. Also, when using CBO within a single campaign – audience deduping is a thing of the past because Facebook is now optimising on delivery, so the audiences are no longer competing against themselves for the budget.

The benefits of CBO are there, but you need to start testing now to see how to make it work well for you. You may need to run multiple week-long tests to get the hang of this new budgeting strategy. As you begin to test and measure CBO, don’t get too attached to the results of individual ad sets. Look at the campaign level for an overall view on how things are going.

This website uses cookies to improve your experience while you navigate through the website. Out of these cookies, the cookies that are categorized as necessary are stored on your browser as they are essential for the working of basic functionalities of the website. We also use third-party cookies that help us analyze and understand how you use this website. These cookies will be stored in your browser only with your consent. You also have the option to opt-out of these cookies. But opting out of some of these cookies may have an effect on your browsing experience.
Necessary Always Enabled
Necessary cookies are absolutely essential for the website to function properly. This category only includes cookies that ensures basic functionalities and security features of the website. These cookies do not store any personal information.
Non-necessary
Any cookies that may not be particularly necessary for the website to function and is used specifically to collect user personal data via analytics, ads, other embedded contents are termed as non-necessary cookies. It is mandatory to procure user consent prior to running these cookies on your website.
SAVE & ACCEPT