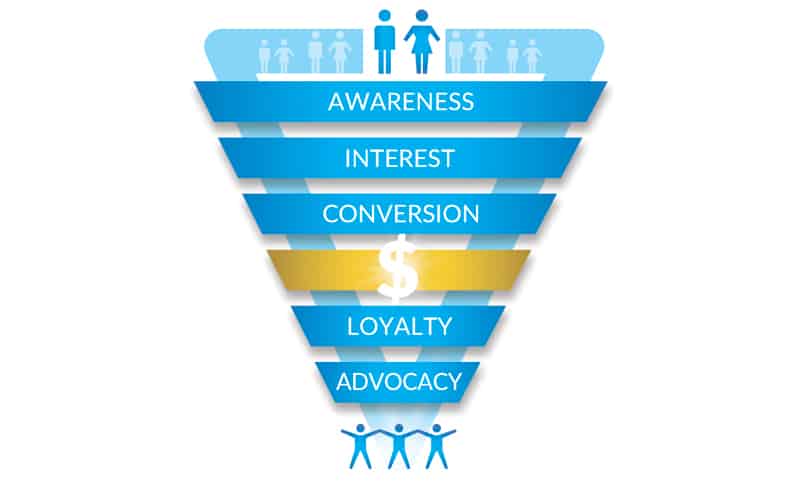 Created and maintained well, a Facebook Sales Funnel will do just what it says on the tin – funnel sales to your business. There is no doubt, done properly, a sales funnel will not only drive an insane amount of business, but give you a solid, measurable ROI.

Unfortunately, it’s not an easy task. If you’ve ever tried Facebook ads before, you’ll understand exactly how complicated they really are – and that doing them wrong will end up costing thousands of dollars with absolutely nothing to show for it!

So instead of just creating an advert and putting some money behind it, there’s an insane amount more stuff you can and have to do.

If you have loads of time to spare, you could of course just seek out one of the many self-proclaimed Facebook sales funnel gurus who are offering free downloadable templates. Download it, become part of their funnel (yes, you’ve just fallen into theirs) and set it up. However, what type of funnel is it, what does it look like? Where does it land? Why? Does it suit your offering, your business and your target market? Probably not. Facebook funnels are not a ‘one size fits all’ solution. For example, we manually build each and every Facebook sales funnel from scratch for each and every client of ours. There are no templates. None! Everything about the business has to be taken into consideration before you even consider what type of funnel to build.

So, you’ve now built your Facebook sales funnel. You now have to build your ads. Do you know all the Facebook rules and regulations regards writing an advert? Know your scoring? What about your target audience? Have you got that right, because it’s kind of a biggy! Are you re-targeting? Are you using evergreen audiences? Have you created multiple adds and formats for different devices? Do you have the ad sequencing right? Have you any automation? We could go on and on.

So, what’s next? Budget! How much are you going to invest and how did you come up with that number?

Another massive job – the sales funnel has to be continually tracked, maintained and optimised to ensure the best result possible like split testing and reducing your cost/lead etc. This again has multiple points to action – too many to mention here.

So, is a Facebook Sales Funnel all that it’s made out to be? Hell yes! Is it something you can do yourself with a bit of knowledge about Facebook ads? Most definitely not! If you outsource it to a professional company, will you generate a very healthy ROI? More than likely! But, like anything, choose carefully. If they claim they’ll double your revenue overnight and turn your business into a money-making machine without knowing anything about your business, run a mile! If they ask a million questions about your business and seem almost cautious about taking on your business, persist. They are most likely making sure they can do a good job – which indicates they know what they’re doing. However, don’t be surprised if they turn you down either. The truth of the matter is, Facebook sales funnels do not suit all businesses.

Any cookies that may not be particularly necessary for the website to function and is used specifically to collect user personal data via analytics, ads, other embedded contents are termed as non-necessary cookies. It is mandatory to procure user consent prior to running these cookies on your website.